U.S. Unions Are a Business

While many think of the Union as a charitable organization, the Union is actually a business. Just like other businesses, the Union operates for a profit. Its money comes from fees and dues that it charges its members. The more members the Union signs up the more profit the Union can make.

Only 10.5% of American workers belong to a union. Of this small amount, the majority of these associates are actually government workers, not private business. 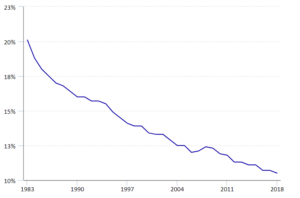 Reasons for the decline of U.S. Union Membership

Value of A Positive Work Environment

Providing a positive and open workplace is important to employee satisfaction and to providing great customer service. Luxottica believes that the Union’s presence within our Company would only hinder the open communication and positive work environment that we strive for.